Portrait of a Lighting Startup

Hundreds of companies have sprung up in the US to take advantage of the building wave of LED technology.

Perhaps it's in the thousands. Whatever the exact number, it's clear that many people glimpsed the promise of LEDs and worked to find a place on that train before it got too far out of the station. Here is the story of one of them.

Silvio Porciatti and his wife, Mia Antonia, founded JLC Tech in Pembroke, Mass., in 2010 to design and manufacture a unique product based on LED technology. As Porciatti told me in an interview, he did not want to build just another "me too but better" product; he was interested in a clean-slate approach to lighting, given what LEDs can do. 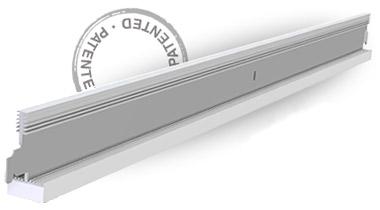 Porciatti was working for an international lighting company based in Italy. (He doesn't name the company, but you can find it on his LinkedIn profile.) A mechanical engineer by training, he had been with the company since 1995, moving around to different divisions and learning about operations and manufacturing and getting a good overview of the needs of lighting markets.

A light goes on
Porciatti got excited about LED technology back in 2001 when he first saw a Philips K1 LED. That was around the time he came to the US to work in his company's American division in Los Angeles.

By 2006, Porciatti and his American wife, Mia Antonia, had sold her event planning business in Tuscany and moved permanently to the US. By 2009, Porciatti was growing disenchanted with the Italian company's reluctance to move forward with LED technology. He attributes their reluctance partly to a lack of resources to devote to R&D during last decade's recession; but he was disappointed when the company's marketing began to push the message that LEDs weren't going to amount to much.

When Porciatti had the idea for what became the T-Bar LED Smartlight, with a now-patented heatsink design, he quit his day job in 2009 and with his wife founded JLC Tech in 2010. (The name comes from the initials of Porciatti and Antonia's three daughters, Jadé, Luna, and Cassia.) Antonia is the public face of the company and runs operations; Porciatti is product. They funded the company without outside investment, taking on a couple of partners. They didn't seek any state tax breaks or federal grants for opening a US-based manufacturing business.

Porciatti has a pragmatic reason for keeping the product assembly local. "I could not do this if I did not have full control of the manufacturing process," he told me.

The T-Bar LED Smartlight was well received by many in the lighting industry when it was introduced in 2011, the principals said. But a good reception doesn't always translate into quick sales. Porciatti described how an architect might choose the product for a project, but not come up with a purchase order until nine months later. The T-Bar LED Smartlight now has a number of showcase installations, initially in universities and medical centers. It has "found a position in the market as a high-end product," Porciatti told me. The company now employs 10 people in addition to some part timers.

Choosing the LEDs
JLC Tech's products use LEDs from Cree and Nichia. Important among the criteria Porciatti used to make the initial selection were a vendor attuned to the lighting business (which he contrasted with an "electronics mindset"), and one willing to guarantee continued availability of chosen LED products for years to come. He noted that the cutoff reflector variant of the T-Bar LED Smartlight uses Cree XPG LEDs, which continue to be available even after more advanced models have been introduced. Porciatti said that the finalists for the initial LED selection, Philips and Cree, were both well aware of requirements in the lighting space -- Philips from a long history in the business, and Cree by acquiring companies with the requisite knowledge.

One thing a lighting manufacturer has to watch out for is competition from its suppliers. Porciatti noted that since first selecting Cree, that company has become more of a competitor, in a way that Nichia is not, as Cree has moved into selling commercial lighting.

Would you start up an LED-related business today, or is that train already too far down the tracks and moving too fast? Take our poll, over to the right there, and let us know.