This week: a tunnel too bright, what retailers think about LEDs, and the view of Lumileds's CEO on the mid-power future.

The mid-power future
Digitimes is running a Q&A with Philips Lumileds CEO Pierre-Yves Lesaicherre. (Lumileds sponsors this site.) Digitimes is based in Taiwan, so some of the questions they asked Lesaicherre concerned Lumileds's relation to the Asian SSL ecosystem. The CEO said that LED chips will reach 1,000 lumens per US dollar in 2013, and 1,500 lm/$ in two years. He projected that mid-power LEDs, which today make up a small fraction of the lighting segment, will grow to 50 percent in "a few years time," and that Lumileds plans to "develop mid-power LED chips based on the structure of high-power LED chips." Lesaicherre said that Lumileds will not further pursue GaN-on-Si technology because, as originally targeted to 8-inch substrates, "the 8-inch process has proved to be too expensive." 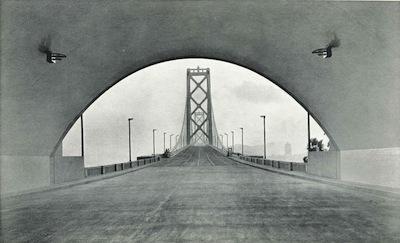 The Yerba Buena Tunnel on the San Francisco-Oakland Bay Bridge, in the era before LED lights.
(Source: Eric Fisher)

Bill in Philippines seeks to require LED lights
Opinions vary about the necessity and effects of government intervention in lighting markets; we have run a couple of polls on such questions. But most who favor government involvement believe that the rules should not pick technologies, rather they should set goals that any applicable technology might meet, as does the US's Energy Independence and Security Act (2007). At least one legislator in the Philippines has a different idea. He has introduced a bill that reads in part: "All government offices are hereby required to cease from using incandescent bulbs and fluorescent tube lights and CFL (compact fluorescent light) bulbs. Instead, government offices are hereby required to replace all their lighting fixtures with LED bulbs." Can't get much more prescriptive than that. No word on the bill's chances for passage.

Tunnel lights too bright
There's a tunnel on the San Francisco-Oakland Bay Bridge that traverses a hill on Yerba Buena Island. Its lights have been replaced by 460 LEDs. But drivers are complaining that the lights, which shine from behind them, are blindingly bright. By day, they "make the passage brighter and cleaner. But at night, the transition is like a flash bulb going off, and that's because the lights are not adjusted for the time of day; they're set for what's needed for the day time, all the time," according to KTVU. The contractor in charge of the lighting is installing sensors at the tunnel entrances to detect the onset of twilight. "Once the adjustments are made we'll have one in every 15 [lights] will be on at night," a spokesman said.

What retailers think about LEDs
I have mentioned this video in comments on a few blog posts, but believe it deserves wider notice. The UK's Lux Magazine, in conjunction with GE Lighting, convened a forum on retail lighting and shot a video of some of the participants expressing their views on LEDs. What they say complements the thoughts of the lighting designer about whom Ron Lenk recently wrote. The retailers are very aware of LEDs; they have used them in trials and projects; they have had mixed results; and they believe that LEDs are ready for prime time in some applications but not in others. Their candor is bracing.