This week: another (better?) way to control Philips Hue, a minimalist LED watch, and a Cree bulb joins the Energy Star club.

Cree 60W replacement bulb is Energy Star certified
As we mentioned when covering the news of Walmart's big splash into the residential replacement bulb pond, on the very day of the announcement, Cree spread the word that its soft-white LED replacement for a 60-watt incandescent had been granted Energy Star status. That qualifies it for rebates from utility companies in some areas, potentially bringing the cost to the consumer of a Cree light bulb down to about $5.

Walmart's bulbs are not Energy Star certified. But Philips's competitive bulbs are, and that company (a subsidiary of which sponsors this site) was making sure that people know that its bulbs also go for around $5 in Iowa, Pennsylvania, Maine, and Vermont.

A good reason for dimming an LED beacon light
Technostrobe, a Canadian company making protective lights for tall structures, has a better idea for the flashing obstruction lights on the tops of wind-farm turbines. Instead of sizing such lights for the worst possible conditions of visibility, how about running them dimmer when visibility is clear?

The company says that its Lighting Intensity Dimming Solution (LIDS) can slice 90 percent off a wind farm's energy bill for warning lights when pilots can see the lights from 10 km away. Such lights could make wind-farm projects more palatable to neighbors in the planning phases. 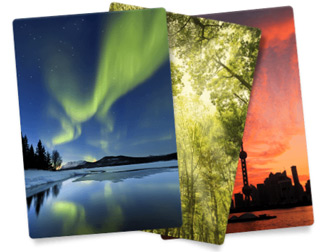 A new front end for Hue
The Philips Hue adjustable lighting system has proved extremely popular among early adopters and gadget fans. If you had to pick out one complaint from the mostly glowing Hue reviews (sorry, couldn't resist) it would be that the free control app for iOS and Android just isn't very inspiring. Well, that and the high price. The app gets two-and-a-half stars out of five on both Google Play and the iTunes Store.

Now an independent developer has introduced Goldee, a free iOS app that promises to address all the perceived shortcomings of Hue's native one. Goldee features a new idea called "dynamic light scenes," which are "composed of colors chosen by artists" and "work by slowly shifting and combining the light of each Hue bulb as the scene is running, much like natural light shifts as the sun moves or clouds roll overhead," according to AppleInsider.com. Ten dynamic light scenes are available at launch, and the developer plans to make money from this free app by opening a scene gallery.

A minimalist LED watch
The Dot LED from the artist Damian Kozlik reduces the wristwatch to pretty much its bare essentials: a strap and numbers. I don't know about you, but I'd buy one if it were available. However, the Dot is not for sale. It's a concept piece that Kozlik introduced five years back. You would think that, in all that time, someone would have licensed the design and mounted a Kickstarter to realize its commercial creation.

Perhaps we can get a buzz going again. Failing that, we're stuck with the likes of these.