Recent news highlights different avenues by which SSL companies at various scales can get the capital they need to continue growing.

Being a public company can be a bumpy ride. In fact it's pretty much guaranteed to be, sooner or later. Going public is such an expensive, and stressful, proposition for a company that many put it off for as long as they possibly can -- until their continued growth simply requires the level of capital that only public markets can provide. The public markets can be brutal in their demand for future growth. 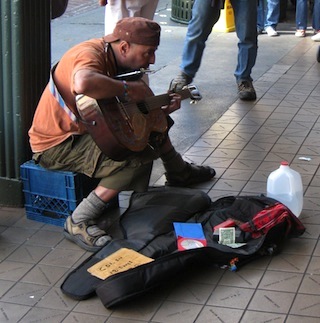 Being public
Just ask Cree. The North Carolina company announced quarterly results this week, and they sounded pretty good at first glance. Net income was up 24 percent in the quarter compared to a year before; sales were up 89 percent.

Following this announcement, after the markets closed, Cree's stock was hammered to the tune of 14 percent of the value of its recent high.

Why did the stock tank following the report of what seems to be a pretty impressive performance in the quarter? Looking ahead, investors didn't like the company's guidance for the following two quarters. Margins will be held down by spending on advertising. Now, advertising is how you grow for the long haul. The company is operating on long-term thinking and many investors aren't willing to pay the short-term price of that. (Although some are; here's one who bought more Cree after it dropped.)

Getting government contracts
Venture-backed Soraa demonstrated another way to continue paying the bills. The company sells MR-16 lamps for indoor and outdoor applications. Soraa doesn't release its numbers; as a private company it's not obliged to. But it's hard to believe it is selling enough MR-16s to fund the significant amount of R&D it has been carrying out to develop and commercialize its GaN-on-GaN technology.

Equity crowdfunding, someday
In the not-too-distant future, small SSL companies in the US will be able to tap the power of crowdfunding to raise up to a million dollars per year. The money would come from large numbers of small investors, each of whom puts in $2,000 or less to buy stock in companies, which they must then hold for at least a year.

The US Securities and Exchange Commission (SEC) is proceeding slowly and cautiously to define the rules for how the crowdfunding will work. The agency is trying, as Congress did, to balance the aims of opening a vast new funding source to small businesses with its mandate for protecting investors against fraud.

The "equity crowdfunding" initiative comes out of the JOBS Act, which was enacted with wide bipartisan support last year. It aims to give smaller companies an exemption from the stringent rules restricting the sale of securities to individuals.

The SEC voted unanimously to approve the proposed rules governing the crowdfunding process. The public has 90 days to comment. (It will take us at least 80 days to read through that 585-page, 2.4 MB PDF.)

Some observers believe the JOBS Act crowdfunding blueprint, which the SEC appears to have reflected faithfully in its rulemaking, erects barriers that are too high to benefit small businesses. A business wanting to participate in equity crowdfunding must generate an offering disclosure document, enroll a funding portal, run background checks, and file an annual report with the SEC each year. This could all cost upwards of $100,000, a Forbes staffer estimated.

We'll see what comes out of the comment period. But by February 2014, small and/or local SSL businesses could well have another way to raise funds.