Will you be going to Las Vegas June 3-5? What's on your must-see list?

I will be there Tuesday and Wednesday. My calendar is filling up with plans to speak with vendors. Here are some of the vendors and issues that I will be visiting and covering.

Tubes
The billions of T5 and T8 fluorescent tubes worldwide awaiting replacement with LEDs represent the second lowest-hanging fruit in the SSL market. (Residential incandescent replacement is bigger, by most accounts.) After the recent announcements by a couple of big players about easy-install, compatible LED tubes, I'm curious to see who else steps into the competition at Lightfair. 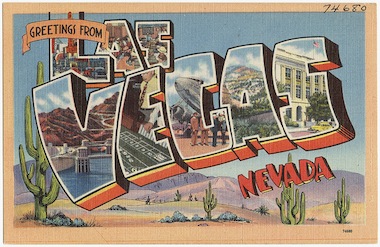 ROI
I'll be asking the companies selling LED tubes for fluorescent replacement, in particular, if they are willing to share any customer stories with details of how the ROI was calculated. What are they quoting now for commercial and office retrofit projects? Two or three years? More? How is that going down with prospects?

Efficacy
The chip makers will all be there, of course, and Lightfair is the kind of show that impels them to reach for bragging rights of one sort or another. Will Osram Opto, Nichia, or Philips Lumileds claim laboratory proof of a higher luminous efficacy than the 303 lm/W that Cree announced in March (5,150K CCT, 350 mA at 25°K)?

Controls
The number of entrants in the industrial/building controls space is mushrooming. Some of the companies traditionally involved with HVAC, power monitoring, security, and fire systems have been broadening product lines to include lighting. I'm interested to see how many of them show up at a large, lighting-focused conference and exposition.

Also, the players that started out from the lighting end, such as Digital Lumens, may be moving in the other direction to encroach on the broader space of building automation. Let's see what they have to say about it.

I'll also be looking at emerging standards in the controls area. How has the Connected Lighting Alliance's effort progressed? What vendors of multi-protocol translation and management systems will be at Lightfair, and what do they see emerging as a dominant commercial standard, if any?

How about you? Will I see you in the desert next month? What's on top of your list?