LEDs at Forefront of Reshoring Movement

Reshoring is a thing now. It's the opposite of offshoring. Last year as many manufacturing jobs returned to the US as left.

Sister publication Design News has a summary of the manufacturing reshoring movement to date. Since the term was first used in 2010, something like 80,000 jobs have returned to US factories from overseas, 61% of those from China, according to the Reshoring Initiative, which keeps track of such things. Ten years ago we were losing a net 160,000 jobs a year, but now we've achieved parity. 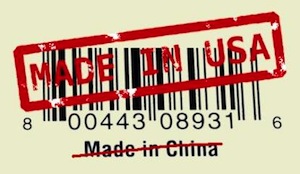 What has changed in the last 30 years, when offshoring started in earnest, or 10 years ago when the bleeding became a hemorrhage? Labor rates in once-cheap offshore destinations have been rising. Wages in China are rising at nearly 20% per year now. In the last 13 years, US wages have barely budged, rising 2%, about as much as productivity. Transportation has gotten far more expensive. Energy in the US, led by cheap natural gas, costs 40% less than in many overseas markets. Companies have had plenty of experience with the downsides of offshoring -- those factors that often weren't considered when offshoring decisions were first made. Among these are sub-par quality control, high rework and product failure rates, long lead times, and fragile supply chains.

LED lighting companies have been early and prominent exemplars of reshoring. Last year i-lighting, a maker of outdoor and landscape lighting, pulled its manufacturing back to Baltimore from China. In 2012, Seesmart, now a division of Revolution Lighting Technologies, had moved out of four factories in China and begun manufacturing at its Simi, Calif., headquarters location. A DOE report in 2012 highlighted GE Lighting Solutions' consolidation of engineering and manufacturing in North Carolina.

Why only manufacturing?
Writing in EE Times, Henry Davis asks why we can't extend the reshoring idea to engineering jobs, and not limit our thinking strictly to the lower-level manufacturing positions. As manufacturing moves back to the US, engineering will inevitably ramp up here as well. It will be part of the virtuous circle that includes spillover benefits such as service industries creating jobs in aid of the new manufacturing infrastructure. This is going to be going on for decades.