Glasgow hospital lighting zaps superbugs
Question: how many bacteria are resistant to multiple antibiotics and able to withstand light at 405 nm? Answer: not many. 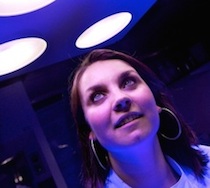 Glasgow Royal Infirmary's intensive-care unit is testing a lighting system that has the promise of killing multi-drug-resistant bacteria such as methicillin-resistant Staphylococcus aureus(MRSA), E. coli, and Clostridium difficile (C. diff). The HINS-light has been under development since 2010 at the University of Strathclyde in the UK. It adds a narrow line of deep violet to white light and has been "shown to be effective in providing significantly greater reductions of bacterial pathogens in the hospital environment than can be achieved by cleaning and disinfection alone," according to the university's press release. The HINS-light is deadly to pathogens such as MRSA and C. diff. 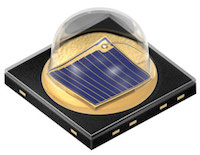 Osram's high-efficiency infrared LEDs
From the near-ultraviolet to the infrared: Osram has introduced the Oslon Black SFH 4715A/4716A infrared LEDs with a wavelength of 850 nm. The company claims a record electro-optical efficiency of 48%, which it says nearly matches the efficiency of a laser diode. Because the optical output has been boosted in this new technology generation to 800 mW at 1 A (from 630 mW previously), the device can illuminate objects over 100 meters away in security applications such as CCTV systems, Osram said. The 4715A has a beam angle of 90°, and the new 4716A has an angle of 150°, which Osram claimed permits particularly narrow-angled imaging using reflector optics.

LEDucation 9 forum seeking speakers
This big little lighting show will run March 5-6 at the Sheraton NY Times Square Hotel. The speaker committee is calling for papers now. Proposals will be accepted through 5:00 p.m. ET on Oct. 17. You can submit online after perusing a list of potential topics at LEDucation.org.

Berkeley's reactions to LED street lights
A local news outlet in Berkeley, Calif., covered just the facts of the city's ongoing program to roll out LED street lights to replace 8,000 low-pressure sodium fixtures. Berkeley residents sounded off in their inimitable fashion in the article's comments.

A reader with the nym of "Whoa Mule" injected some technical content into the discussion:

The fixtures being installed in the residential districts... are manufactured by Philips Lumec. The standard [luminaire] for my neighborhood is the "Acorn" model S55-SFOK of the Serenade DSX line. These are not rated for Dark Sky Compliance, but they are stated at less than 1% uplight.

This reader followed with the practical advice that residents who find the lights too bright should ask at Town Hall for a "house shield," which is an option offered by Lumec for these lights. (But one commenter noted that such shields are not available on the street side of the lights, and his complaint is with bright lights across the street, not lights adjacent to his house.)

By my reading, the hate/love ratio in Berkeley for these lights is about 85/15. The commonest complaint is that they are far too bright. Many dislike their high color temperature.

As usual, a lack of consultation with residents is to blame for the poor reception these steet lights are getting. The town fathers of Berkeley, of all places, should have known better than to institute such a high-profile change in the look of neighborhoods without talking at length with the affected residents.