This week: Soraa is working on biodynamic lighting, Bridgelux's "Class A" lighting, and reconsidering the rebound effect.

How big a rebound?
The world of energy policy has been buzzing since the New York Times editorial on the "rebound effect" last month. We wrote about it here. The idea is that more efficient lighting will cause an increase in the amount of lighting we use, partially or completely overcoming the energy savings. The effect is real (it's sometimes called the Jeavons paradox or Jeavons effect) but its magnitude is the question. Here are some of the twists the debate has taken recently. 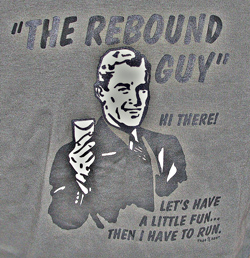 Rob Day, a clean-tech investor, wrote a piece for TheEnergyCollective.com deconstructing two academic papers on which the authors of the NY Times op-ed had relied. The overall effect of his analysis is to suggest that the rebound effect due to LED lighting's greater efficiency will be on the low side. Day cites a 2014 study that directly examined the rebound effect in German homes that had upgraded from incandescents to CFL or LED lighting, and found a rebound of only 6.3%.

Day's article prompted a response in turn in the same venue from Harry Saunders and Jesse Jenkins. Saunders was a co-author of the 2010 paper that brought the idea of an energy rebound into wider awareness. Their rebuttal gets deep into details of energy economics and history, but its net effect is to argue that recent and current uses of energy for lighting do not diverge all that much from historical trends going back 300 years. And if that is so, a rebound at the high end of the range is possible, like 100%.

(All parties are careful to note that energy efficiency is a good thing: that society still benefits from lower energy costs even if a rebound eats up some of the projected savings.)

Here is one very rough data point for the debate: Households in the UK over the last decade have doubled the number of lights in use, despite the average size of such residences having shrunk over that time. This factoid comes from home entertainment retailer Homebase, which does not speculate very far into the causes behind the increase in lighting.

Bridgelux does "Class A" light
Bridgelux has been working with Rensselaer Polytechnic Institute's Lighting Research Center, inventor of the GAI metric, to develop lighting that can be characterized as "Class A" in the LRC's nomenclature. Class A is not rigorously defined, that I have seen; it refers to lighting that offers a "pleasing blend of naturalness and vividness based on subjective human perceptions." Now Bridgelux has introduced a series of COB LEDs called Décor, which offers both CRI and GAI above 80, and with light that is positioned below the black-body locus.

We have seen Philips Lumileds (sponsor of this site), Soraa, and Xicato introduce LEDs their makers claim produce light that is ideal for retail spotlighting use. Bridgelux now joins this pantheon.

Soraa working on biodynamic, human-centric lighting
Following the awarding of the 2014 Nobel Prize in Physics, Shuji Nakamura held a media teleconference, accompanied by Soraa CEO Jeff Parker. One item mentioned almost in passing: Soraa is developing products that will demonstrate the ability of its GaN-on-GaN light to provide health benefits. "We're working on it, we've prototyped it, and we're doing testing on it," Parker said. "We think there are a lot of things you can do in the area of circadian, alertness, simulating sunlight, and stimulating the sensors in people's eyes to solve certain issues and problems. We'll have something next year."