The mean streets of LA don't look the same since the changeover to LED lighting.

Try to imagine Jim Jarmusch's Night on Earth or Roman Polansky's Chinatown shot on location in present-day Los Angeles. It's not easy. Since the city began swapping out its high-pressure sodium street lights for LED-based fixtures, film directors and night photographers are having to look elsewhere for iconic, hard-edged, orange-tinged nighttime streets. 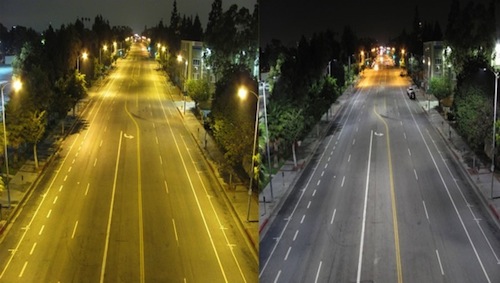 With New York following Los Angeles into nights lit by high-CCT, relatively high-CRI LED sources, Martin Scorsese may have to look beyond the Big Apple if he wants to make another film in the mold of Taxi Driver or New York Stories.

Over at No Film School, Dave Kendricken goes into chapter and verse about how filmmaking is going to have to adapt to the LED revolution. "Every night exterior LA-shot film previous to this change is rendered a sort of anthropological artifact, an historical document of obsolete urban infrastructure," Kendricken writes. The era of sodium street lighting, from perhaps the 1960s to the 2000s, has a particular look and feel. It is going to look quaint before too long. 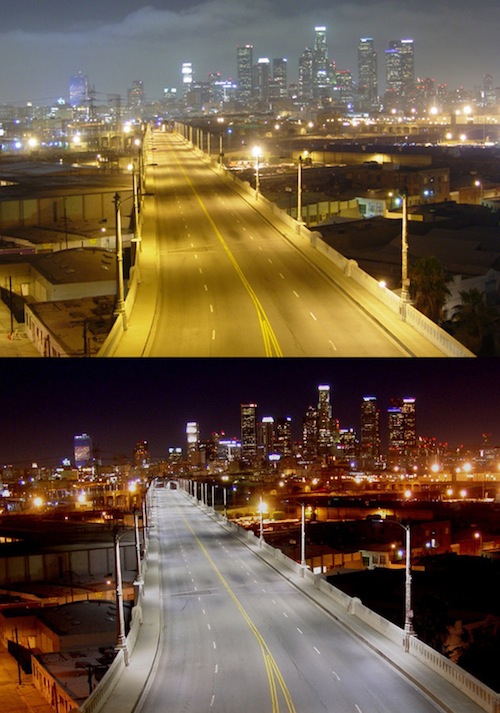 It's the spectrum
Hollywood directors of photography have little use for the CRI metric. What matters to them is the colors present in a light source: the relative spectrum. "You can't really put colors back in that weren't there to begin with, even by gelling such a light source or color correcting in post," Kendricken schools us. Phosphor-converted LED lighting comes much closer to a continuous spectrum than sodium (low- or high-pressure) or mercury vapor.

A continuous spectrum is why directors are so enamored of plasma lighting, which produces continuous-spectrum light at a CRI in the mid-90s or above without phosphor conversion.

As the world switches over to LED lighting, directors in search of a late-20th-century nighttime vibe may wish they had stockpiled a warehouse full of HPS cobra-heads for use on location.