The Speed of Dark

Do living things require darkness? To what extent is artificial lighting at night a pollutant? To find out, we talked with a scientist who approaches light from the dark side. 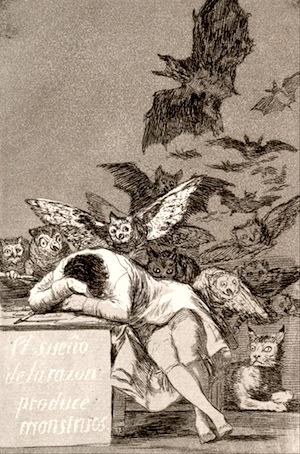 Today's blog post (whose title nods to the excellent novel by Elizabeth Moon) recounts a wide-ranging conversation this community held with Robert Dick: engineer, physics professor, and one of the founders of the Canadian Scotobiology Group. Scotobiology is a field of study encompassing the need of biological organisms for darkness. We were introduced to this nascent discipline, and to Dick himself, in a post earlier this month. (See: Scotobiology & LEDs.)

Retinal damage?
We recently discussed a study that found damage to retinal cells in vitro after they were exposed to LED light, at elevated intensities, of three different frequencies plus white. All of the light produced damage, and blue LED light produced the most.

About this possibility, blogger Blaine Bateman summarized his opinion: "I'm waiting until they can blind mice before I'm getting too worried."

Dick summarized his reading of the research this way: "The 'popular' reports are an exaggeration with a kernel of [truth]. At low levels the effects are temporary. At high levels it has been reported to cause permanent damage."

Artificial lighting at night
Scotobiologists abbreviate this to "ALAN." Dick said, by way of background:

Outdoor lighting has been developed over about 150 years under the assumption that ALAN was benign; indeed it was thought to be healthy. Relatively recent studies into the impact of ALAN are revealing a very different story. This means that we should re-think our use of ALAN.

The difficulty comes in educating the public of the impact of ALAN, and getting obsolete lighting policies updated. "The lighting industry is trusted and relied upon by governments to help them specify and develop lighting systems, so the industry is in the best position to improve the situation," Dick added.

Melatonin production
Among the effects of ALAN on humans is a reduction in the production of melatonin, a hormone that has a role in mediating the sleep-wake cycle. Dick noted that with age, our range of melatonin decreases, to 50 percent by age 50, which means that any disruption in its balance will have a disproportionate effect on older people.

We discussed employing supplements to make up for a loss of melatonin, but Dick pointed out a downside to the practice: once the body becomes accustomed to the supplements, its own ability to produce melatonin decreases even more. If we then stop taking the supplements, there can be a "crash."

Sleep patterns
We discussed recent studies, based on historical and literary research, of how people used to sleep in the pre-ALAN epoch. It seems that before the modern era, most people slept in two sessions, with an hour or two or three of wakefulness in the middle of the night before the "second sleep." This pattern, if it is indeed a natural one, has been all but forgotten now (although one of the chat participants did confess to exhibiting this pattern lifelong).

Dick concluded with this summary of his work:

We must be careful not to take darkness to the extreme. I use my studies into Scotobiology to determine what characteristics of ALAN can be specified to achieve a balance. As research continues, I may alter my current limits, but they have stood up to a lot of research.