The German industrial group Siemens has been trying to shed Osram for a couple of years. Yesterday they succeeded in spinning it out.

Siemens divested itself of 80.5 percent of Osram, choosing to distribute its shares to Siemens shareholders, one share of the new OSR for every ten shares of the parent company. OSR opened at €24 ($30.84) yesterday on the Munich and Frankfurt exchanges, and traded in the range of €23 to €24 during the first day. 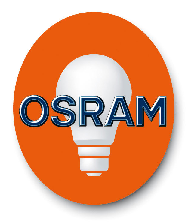 For Siemens, spinning out Osram was part of a larger, ongoing plan to divest less profitable businesses and focus on areas of core expertise, with the aim of saving €6 billion. Siemens initially planned an IPO for Osram in 2011, but pulled back in the face of the European currency crisis. The spin-out plan that came to fruition yesterday had been announced last fall.

The new stock was listed on Germany's DAX index -- because Siemens stock is so listed -- for one day only. "Considerable selling pressure" was expected (and Osram included a caution in pre-IPO informational materials) because some of the stock is held by mutual funds whose investment guidelines limit them to blue-chip stocks in the DAX.

Siemens is holding on to 17 percent of the Osram shares, and the company's pension fund is keeping 2.5 percent. The former parent company's stock ticked upward yesterday because the market saw the divestiture of a money-losing division as a positive development.

Losing money
In 2012, Osram lost €378.3 million ($486 million) on sales of €5 billion ($6.4 billion). The company has announced plans to shed up to 8,000 jobs (its workforce at the end of 2011 numbered 41,000) and close 11 of its 44 factories worldwide. Of those factories, only two are devoted to LED production -- the ones in Penang, Malaysia, and Regensburg, Germany -- while the rest manufacture traditional lighting products. These facts bolster the investment community's view that Osram has been slow to adapt to the LED revolution, especially when compared to Asian upstarts such as Samsung and LG Electronics.

Osram had already closed five factories by the end of last year. The cuts, which will continue into 2014, seem to have been working; the company made a profit of €57 million ($73.2 million) in the quarter ended in March, more than double that of the year-ago quarter.

The LED future
Osram's future growth and revenue, obviously, will come increasingly from LED products as the more traditional forms of lighting decline. Our own Ron Amok noted that Osram is investing in Malaysia. And the company is completing a €100 million packaging plant in China, in Wuxi, Jiangsu province, that is expected to start production in October, according to China Daily. And Osram has set up an R&D center in the LED hotbed of Shenzhen, Guangdong province.

The spun-out Osram should prove more nimble than it was as part of a giant industrial conglomerate. And its new access to public markets should provide the capital it needs to move more aggressively into LED lighting.

Osram is ranked as the second-largest lighting concern worldwide, behind Philips. What is your view of the company's future prospects?