An LED lighting retrofit, if carefully planned, can be a springboard to a more capable city-wide smart grid. 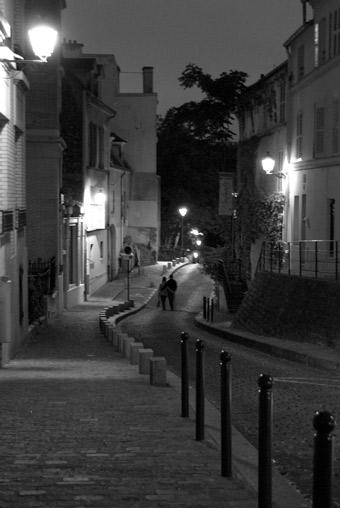 GreenBiz.com profiles Silver Spring Networks, which is helping the city of Paris to use LED street lights as a stepping-stone to a city-wide smart grid. (This is a separate effort from the massive project to retrofit the Paris Metro system with LED lighting, which we wrote about last month.)

"Smart grid" refers to a network of command and control that could include utilities, buildings, emergency response, traffic signals, lighting, electricity distribution, smart meters, and more. Building out smart grids so that cities can operate more efficiently is one of the grand challenges of the 21st century, and one that is being chronicled in our sister publication UBM's Future Cities.

Wireless or wired
A smart grid requires city-wide communication. There are two ways to arrange this: wireless and wired. Putting wireless communication nodes on light poles makes a lot of sense, as they are spaced regularly across the entire city and are close enough together to make a wireless mesh workable. If the wireless communication gear is embedded in an LED lighting solution, the city has the opportunity to bootstrap its way to more networked applications on the wireless platform, and to offset the costs with savings from the lighting retrofit.

This approach is especially attractive in Europe, which has in place standards for public lighting, including such details as light-pole spacing and definitions of class of roadway, that are more prescriptive and comprehensive than what exists in the US.

The city of Chattanooga, Tenn., came at its a smart grid from the direction of electricity supply. Initially there was a county-wide installation of fiber-optic cable by the local quasi-governmental power authority, EPB. The cost of the fiber installation could be paid back within a few years, EPB calculated, based on the savings resulting from agile awareness and response to energy outages -- savings estimated at some $40 million per year. In Chattanooga's case, LED lighting retrofits came later. In fact, the second application of the city-wide fiber grid, after electric distribution, was provision of gigabit Internet and TV service to any residence or business in the county that wanted them.

Meanwhile, back in Paris
Silver Spring Networks is involved with two separate projects in the city: smart traffic controls and smart lighting. The former offers the promise of real-time control of traffic signals to optimize traffic flow in the city. The latter offers cost savings, of course, as we have been discussing here; but fine-grained control of lighting could lead to other benefits, ones not yet included in cities' reckoning of the economics of the smart grid. These include improved property values and tax base, reduced crime rates, and resident safety and satisfaction. "Cities don't quantify the societal benefit," according to Sterling Hughes, senior director of advanced technology at Silver Spring, quoted in GreenBiz.com. "There's always some societal benefit that never gets captured."

Smart grids and smart cities are large subjects, mostly beyond the scope of this community. But LED lighting can be part of the pathway that leads to these 21st century constructions.