The energy savings anticipated from solid-state lighting will be significantly smaller than expected, as lower lighting costs cause people to use more of it.

We've mentioned a few times in this community the possibility that, worldwide, the energy savings bonanza from SSL could end up being disappointingly small. As it turns out, this effect has been studied extensively in models of carbon production and human-induced global warming. It's not only SSL that is considered; all measures planned and contemplated to reduce energy use find their way into these models. 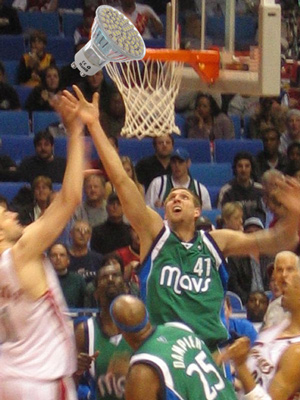 Among academics and institutes and think tanks considering the question of future energy use, there is now a consensus that a "rebound effect" will indeed be seen. It will be far larger in developing economies and smaller in developed ones. But overall, worldwide, as a result of the rebound, we may need to find by 2035 more renewable energy resources than a naive extrapolation based on SSL's efficiency would predict.

The founders of the Breakthrough Institute, Michael Shellenberger and Ted Nordhaus, took advantage of the occasion of the awarding of the Nobel Prize in Physics to the men who made white-light LEDs possible. They penned an op-ed in The New York Times laying out the consensus on the rebound effect for a general audience.

19 Australias
The rebound could amount to anywhere from 20% to 60%, according to a Breakthrough analysis based on a report by the International Energy Agency. The IEA was late coming to acknowledge the likelihood of a rebound, but it's on board now.

Threshold analyst Alex Trembath concludes that the rebound will be nearer the top end of the range than the bottom, because the models assume most of the demand reduction will come from the developing world, where the rebound is larger. And a rebound in demand equal to 60% of the worldwide savings from SSL is not lightly to be ignored. It would require that the world find additional renewable energy resources equivalent to 19 times the current energy usage of Australia. That's about equal to the energy used annually by all 15 developed EU nations plus Russia.

Fifth Assessment Report
The other international body to have recently acknowledged the likely reality of the rebound effect is the Intergovernmental Panel on Climate Change. The Energy Collective quotes the IPCC from its Fifth Assessment Report, which came out last spring: "These rebound effects cannot be ignored." The IPCC itself comprises a consensus of climate scientists.

Beyond energy savings
While dreams of saving energy still propel the agendas of the US EPA and DOE, ultimately solid-state lighting will be adopted for its other benefits: sculptable spectrum, easy directability, adjustable white-point, instant digital controllability, and health and wellbeing advantages. Its lower energy cost vis à vis traditional sources of light will spur its adoption, especially in developing countries, which will embrace the light for the economic and societal benefits it can provide.